Frank Lynn, a native Oklahoman, has been the violinist for Parkside Band from 2001 to the present. He started violin at the age of 10. Frank grew up in a very eclectic musical household as both his parents are musicians and his sister is a professional singer.

Frank studied classical violin for years and received his formal education just down the road at Oklahoma State University. After moving to Colorado his duties took him out of the largely classical area and into many other styles.

A devoted Husband, a Father of Three & an Elementary School Teacher,  Frank has done his share of touring, but now enjoys doing studio work and playing with some of the best artists and musicians on the Colorado Front Range. Frank loves performing improvisational based music including Jazz, Bluegrass, Rock, Progressive Rock, Rock Fusion, Country, Classic Rock & New Age. His musical creativity helps him explore a vast collection of music that is not necessarily written for the violin. Frank believes in the endless musical possibilities for the Electric Violin. Much of this spills over into one of his current long standing projects, Parkside Band. It can best be described as Violin “Infused” Classic Rock.

Frank grew up with many heroes that he gets his inspiration from. 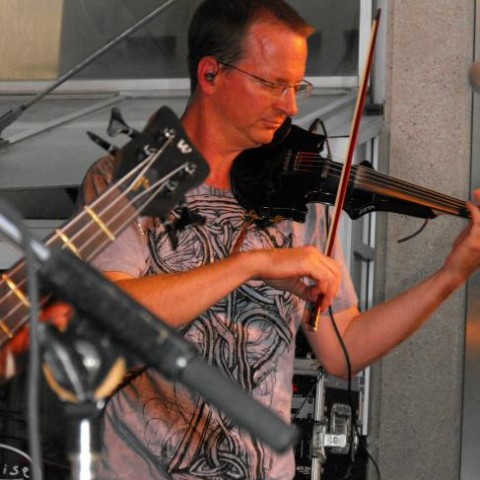